This mural is based on the same subject painted by Leonardo da Vinci. We know that Leonardo's
original was recently painstakingly restored. Hikaru Hirata-Miyakawa has used the sketches, copies, and the restoration photos as the reference to paint this mural. It took him 2,000 hours (from 1995 to 1999) to complete, while he was teaching the students as one of the faculties.
The mural is located at Shining Mountain Waldorf High School in Boulder, Colorado.
It is done with acrylic paints.

Recently, Hikaru gave a presentation based on his experience of remastering the "Last Supper " painting at TEDxBoulder 2015! 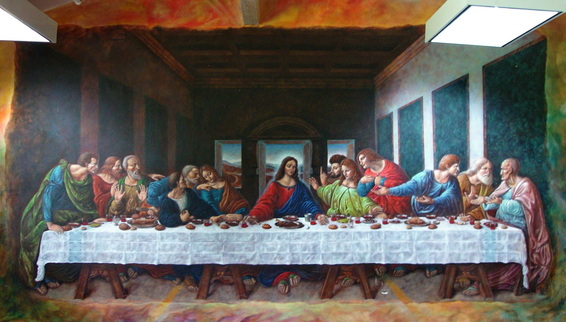 The detail of the mural. 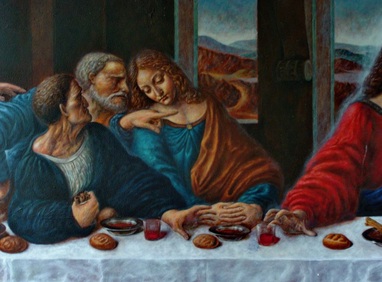 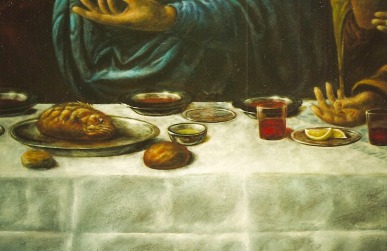 Some objects on the table.
Hikaru did set up the still life in
the same classroom to observe
the correct light and shadow
reflected on each object. 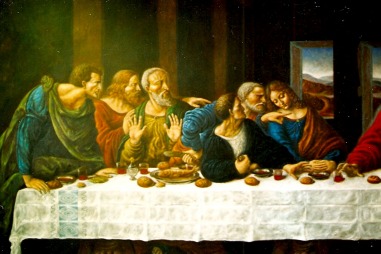 (from the left) Bartholomew, James the Lesser,
Andrew, Peter, Judas, John
(Peter's head is in between Judas and John.) 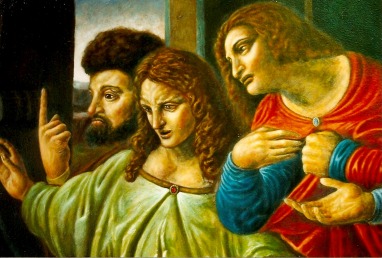 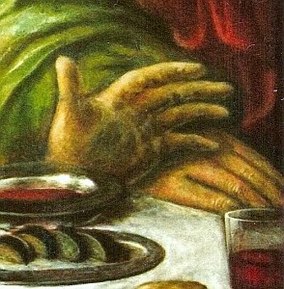